FOLLOW US:
Home1st Team ReportsClarke is the Star in Well-Contrived Win

Clarke is the Star in Well-Contrived Win

As the ball trickled over the long leg boundary for 4 byes to win the match for Melton, Hardingham must have wondered how they had managed to lose the contest quite so comfortably. Yes, the difference between the sides was a sparkling century from Matt Clarke. But 4 hours earlier, Hardingham had been in a position of control as their openers had put on just short of 100 for the first wicket. It is true that they had never quite got completely away from a diligent Melton attack led by Grant, but both batsman looked well set to press home the obvious advantage after the drinks break. In particular, the pair had chipped over the in field effectively to keep the scoreboard ticking over.

It all changed in a space of 10 mins either side of the drinks break. First to fall was left hander, Jeff Turner, who lofted Melton Skipper Ollie Harris to the short mid-wicket boundary, but straight into the hands of Joe Greenslade. However, worse was yet to come for the visitors as incoming batsman, Josh Downes, promptly ran out the well set Brendan Scott. He called his partner through for a quick single to Harris in the gully, who moved very smartly to his left, picked up and threw down the stumps with a direct hit. Very smart work indeed, worthy of the champagne moment.

Although Downes was to make amends in part by scoring a half century for the visitors, Melton quietly chipped away and never allowed Hardingham to get on top, as they finished on 205 for 6, well short of a par score on what was a beautifully even wicket and quick outfield. Two victims for Grant represented the best return of the day for the bowlers.

Melton’s response was led in every sense of the word by Clarke, who showed no mercy towards the Hardingham opening attack who too often dropped short of a good length. The highlight of the day were a number of pulls and drives by Clarke that had the score board rattling along. Having put on 98 of the first wicket, Clarke was joined by Joe Greenslade making a welcome return to the First XI. He scored a very stylish 44 to ensure Melton capitalised on the good start. At the other end, Clarke continued to play with well judged and mature aggression to take Melton to victory with an over to spare.

A second win for the home side, on a beautiful day, played on an idyllic Melton Park. What could be better? 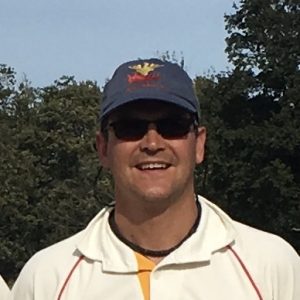 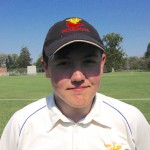 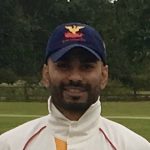 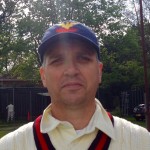